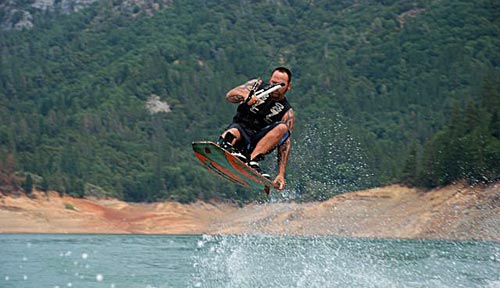 Mike Boeddeker was born and raised in Santa Barbara CA, and moved to Paso Robles in 1986. Mike has two sons: his oldest, Tyler serves in the navy as a rescue swimmer, and Dustin, his youngest, who works for Pristine Concrete and is working on starting his own videoagraphy business.

The Boeddekers enjoy the lifestyle of the Central Coast while managing their business.

Mike enjoys working with metal, building hotrods and riding his Custom Harley.  They enjoy camping with their dogs Drake and Kimo, and trips to the beach.

While their boys were growing up, Mike kept them active in motocross racing, camping, snow boarding, lake trips for wake boarding and the dunes in Pismo beach.

In 1984 Mike got his start in commercial framing. Then in 1992 he got his General contractor license and started building homes. In 1997 with his passion for art and the emerging decorative concrete field he got his concrete license, at which point Mike founded Pristine Concrete. 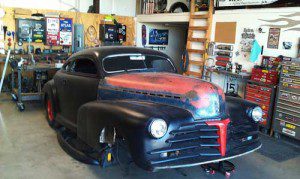 With his creativity, artistic style, and his passion for concrete, he pioneered decorative concrete on the Central Coast. When people started learning all the versatility and beauty of decorative concrete and Mike’s  vision of a finished project with great focus to attention to detail, craftsmanship and a high degree of integrity to both the concrete project and our customers. As a result Pristine Concrete gained respect in the Central Coast market. Mike and Pristine became the go-to concrete shop for countless commercial and residential contracts.

I can’t express how much we LOVE our “new” floors! Thanks Pristine Concrete!!!!
Saundra LoJacono … END_OF_DOCUMENT_TOKEN_TO_BE_REPLACED

I just wanted to sing the praises of Mike and Pristine Concrete !  Mike saved my front porch from d… END_OF_DOCUMENT_TOKEN_TO_BE_REPLACED

Thanks for being one of the few guys who always performs as expected or better. Look forward to work… END_OF_DOCUMENT_TOKEN_TO_BE_REPLACED

Thank You again for the great job your company did staining our driveway, sidewalks and entry way. Y… END_OF_DOCUMENT_TOKEN_TO_BE_REPLACED

Get all latest content delivered to your email a few times a month.

Instagram did not return a 200.
Close Menu
Close Panel